The Way of the Tiger 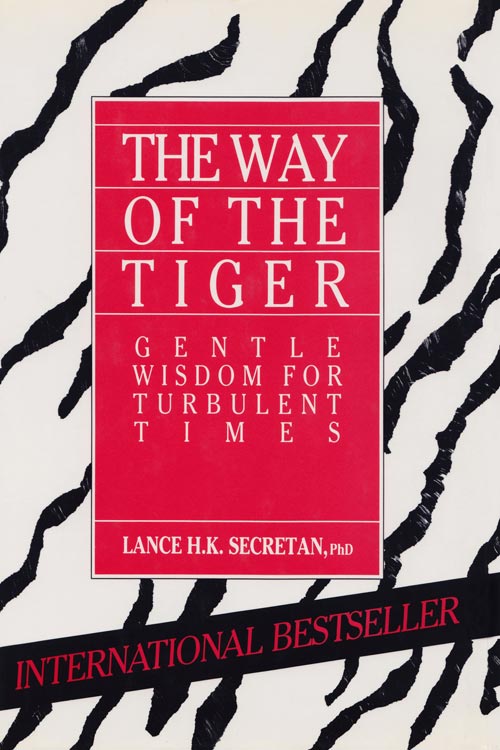 
1988, during a drive to a ski resort, Dr. Lance Secretan and his wife brainstormed ideas for his next book. Then, as now, there seemed to be an over-supply of management, leadership and self-help books, many saying the same thing, and looking very much alike. How could a new message be written to stand out in the crowded marketplace? What about a fable? Care Bears and Gummy Bears and penguins were all the rage at the time—even the animal domain was crowded!

And so the idea materialized of setting the entire story as a private journey among the animals at a zoo. Secretan obtained unprecedented access to the Metro Toronto Zoo, spending six months researching, interviewing zoo executives, animal experts, handlers and keepers, visiting zoos around the world and gathering rare data about species, their habits and history.

The central premise of the book is that we all achieve fulfillment and become inspiring leaders by practicing three values:

A ghost tiger named Moose teaches Tamias, a chipmunk, these three values. Nemesis, a snake, thinly disguised as bureaucracy and company politics, pops up in different guises attempting to thwart the breakthrough thinking of Moose, Tamias and their zoo-pals. Through his brilliant storytelling, Secretan raises the business of leading work and life to a personal art.

The Way of the Tiger: Gentle Wisdom for Turbulent Times became a world-wide smash, and is often referred to by readers as their first encounter with Secretan’s work. First published in 1989, and since reprinted nine times and translated into many languages, this is the book that birthed the renowned idea of Values-centered Leadership®, which has since become a legendary practice within organizations worldwide.

The book, together with resources found on this website, offers a comprehensive system for raising the level of inspiration in any organization.